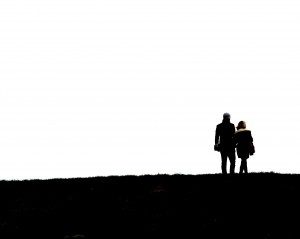 Getting married and staying married are two entirely different things. It’s easy to get married. It’s not so easy to remain married. Marriages, just like all relationships, take work. From a Kabbalistic, or Jewish mystical, perspective this isn’t surprising. Just look at the spiritual, or mystical, history and importance of men and women and you’ll understand why these relationships prove so challenging.

Marriage on a Cosmic Level

According to the Kabbalistic creation model, masculine/feminine energy emerges from the Creator’s Light to manifest existence, the physical world, and all that it encompasses. This model is seen in an underlying universal structure that has masculine “lights” (orot) unite with feminine “vessels” (keilim), masculine “wisdom” (chochmah) unite with feminine “understanding” (binah), male “holiness” (kedushah) unite with female “immanence” (shechinah), and on and on. These traits give birth to others, and move creation forward, always channeling the flow of divine energy into the world.

The Bible tells us that man and woman came from the same source. The first marriage was between Adam and Eve, and they were created as “a single, two-faced body,” says the Old Testament. Later split into a man and a woman, this causes men and women to have a memory of oneness along with sexual attraction, differences, and similarities.

Marriage becomes a symbolic unification of the original man and woman and of two souls wanting to reunite as one. Kabbalah teaches that oneness represents the essence, or goal, of marriage. Discovering the couple’s intrinsic oneness, despite each person’s uniqueness and the different qualities each sex possesses, provide both the challenge and the secret of marriage.

We live in a world of duality, yet despite the fact that opposites are all around us, somehow everything comes together, harmonizes into the cohesive world as we know it. Yes, we have bad as well as good, but in general we live in a glorious universe.

According to the Kabbalists, if we could understand this paradox, if we could know the secret of how the world operates with so many opposing element, we could control reality, create the world or life we desire, and realize all our dreams. The secret, they say, is the union of man and woman in marriage—in body and spirit. A mindful union sends ripples out and affects all of creation. In response, the heavens shower down the same energy—as below, so above.

From this viewpoint, it’s part of our life’s mission to form harmonious male/female relationships. Marriage is a sacred relationship, possibly the most important one. Why? All of life, all of being, relies on male and female harmony and union.

Many Types of Marriages

In this day and age, we have different types of relationships and marriages. I support them all. No matter what type of marriage or primary relationship you choose, it probably includes a dominate female and a dominant masculine energy. And sometimes this changes over time.

Most of us also struggle within ourselves to balance male and female energies, almost as if we attempt to marry them internally, creating an internal union. At times this personal challenge can try our relationship with our significant other. In fact, many things can make for a difficult male/female relationship or marriage.

This past week I celebrated my 26th wedding anniversary. I wouldn’t say that quarter decade plus of marriage has been easy or all bliss. Marriages take work. They take commitment.

When I think about the Kabbalistic teachings above, however, I see those years, the efforts my husband and I have made and continue to make to create a sound marriage into a different light—a spiritual light. It makes marriage seem more important.

It’s easy to take marriage lightly. To say, “Hey, it’s not working out, it’s hard, I’ve fallen out of love, I don’t like this thing you do, and I want a divorce.” It’s harder to say, “Let’s try to make this work…for the highest good of all…because our relationship is sacred.”

That doesn’t mean sometimes no highest good exists in a marriage or relationship; some marriages need to end or complete themselves. For some of us, the journey through this lifetime includes more than one marriage or partner.

Here’s what I take from these Kabbalistic teachings: If you are married or in a committed relationship, consider that union sacred. And when the relationship gets hard, remember some of the spiritual reasons why that might be so. It might help you connect on a higher level—if not with your spouse or partner—than at least with your Higher Self and with God. That will help you find your way through the tough times.