I'm Nina Amir. I'm known as the Inspiration-to-Creation Coach, because I move my clients from ideas to realized dreams by combining their passion and purpose and helping them take inspired action. This allows them to positively and meaningfully impact their lives and the world.

I work with many aspiring authors and bloggers but I also coach and consult with speakers, coaches, and conscious business owners who want to become nonfiction authors or bloggers (or both) or who want to become high performers. I  help all my clients  Achieve More Inspired Results as they fulfill their potential and purpose and live inspired lives as their best selves.

Although I used to work as a nonfiction developmental editor  (and I still occasionally edit a manuscript), these days I primarily spend my time as an Author Coach, Blog and Blog-to-Book Coach,  nonfiction Book Coach, and High Performance Coach. I'm also a nonfiction book proposal consultant and editor. As part of my consulting, clients get to take advantage of my unique brand of Results Coaching as well.

From There to Here 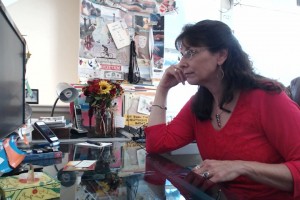 I started out my career as a  journalist. I have a BA in magazine journalism with a concentration in psychology. I worked as an editor and writer for a variety of regional magazines, a national corporation in New York City, and a small consulting firm before starting my own freelance writing and design business.

A number of years later, I was asked to edit a book; that was my first taste of the book publishing industry. Several of my clients' books were very successful, such as Colin Tipping's Radical Forgiveness, Doug Krug and Ed Oakley's Enlightened Leadership,  Bob Lancer's Parenting with Love, and Lisa Michael's Natural Rhythms. which gave me a good reputation as an editor. Some of my clients have sold 300,000+ copies of their books, landed deals with major publishing houses and created thriving businesses around their books.

Working on other writers' manuscripts sparked my desire to write a book of my own on topics I felt passionate about: personal development and what I call practical spirituality, which encompasses mysticism, metaphysics, the Law of Attraction, and a variety of other woo-woo subjects. I also wanted to build a business around those books. I wanted to become part of the expert industry and speak, coach, and teach as well as write books.

I sent out my first proposal, and I quickly learned that getting getting a book published traditionally is not that easy. So, I set out to learn all I could about this aspect of the publishing industry by immersing myself in it. I got involved with the San Francisco Writer's Conference, and I started the Write Nonfiction in November Challenge (now known as National Nonfiction Writing Month). Both of these events allowed me to learn from top experts in the industry. 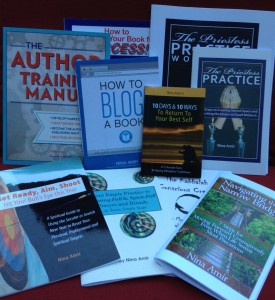 Before I knew it, I had an agent...but that didn't mean I had a book deal. I needed to build platform, so I became a blogger and a speaker and self-published my first few books (now I have 14 indie titles to my name). I continued learning...I began teaching what I learned to other aspiring authors both through my blog and through my coaching and consulting services and even through my speaking.

I found a new agent, and after she tried unsuccessfully to sell one of my more spiritually oriented books, she suggested I write a book in the area of my expertise: writing and publishing. While she was peddling the book that would become The Author Training Manual: Develop Marketable Ideas, Craft Books That Sell, Become the Author Publishers Want, and Self-Publish Effectively, I came up with a second idea.

I would write a book about how to blog a book; not only that, I would blog the book.

That moment changed my life.

In May 2010, five months later, I completed the first draft, and just over a year later I turned the final manuscript into Writer's Digest Books. In April 2012, I held How to Blog a Book in my hands-just seven months later, and it became an Amazon bestseller almost immediately-and has remained one ever since.  The Author Training Manual was published by Writer's Digest Books just two years later and was a bestseller before any books passed through the register on Amazon. I've self-published several more ebooks as well since it was released, all of which have made it onto the Amazon Top 100 right away. In fact, I've had as many as six books on the same Amazon Top 100 list at the same time and a total of nine Amazon Bestsellers! My most recent traditionally published book, Creative Visualization for Writers, was published in September 2016. 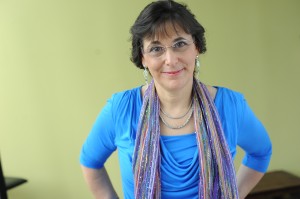 These days I write four blogs, Write Nonfiction NOW!, How to Blog a Book, As the Spirit Moves Me, and My Son Can Dance. The last blog may seem like an odd topic, but my son has been dancing since he was three years old; he's now 20 and a professional dancer in Germany.

I still freelance, and, over the years I've edited or written for more than 45 publications producing hundreds of articles. I've also had my work published in five anthologies and had an essay published in Spiritual Pregnancy by Shawn A. Tassone, MD, and Kathryn M. Landherr, MD (Lewellyn).

I love speaking and teaching. I often appear on radio and podcast shows, as well as at conferences, and I am the former writing and publishing expert on the popular radio show, Dresser After Dark (www.dresserafterdark.com), hosted by Michael Ray Dresser, which has approximately 80,000 listeners per month. In addition to speaking about writing, publishing and blogging, I  also speak on the topic of self-improvement, personal development, and practical spirituality. I'm the former regular holiday and spirituality expert on Conversations with Mrs. Claus, a weekly podcast that was heard in more than 90 countries and downloaded by 130,000 listeners per month when it was on the air.

Two of the books I edited sold an amazing number of copies: Enlightened Leadership was self-published and then purchased and re-released verbatim by Simon & Schuster (Fireside); the book has sold over 320,000 to date. Radical Forgiveness won the 1998 Writer's Digest Self-Published Book Award (Inspirational category), went on to sell over 115,000 copies and much later was purchased by Sounds True. Both of these clients have amazing businesses built around their books as well.

I'm a certified High Performance Coach and rebirther, a trained Voice Dialogue facilitator and currently am working on a life coaching certificate. I used to read Tarot cards, and I still dabble in energy work and alternative spiritual and metaphysical methodologies. 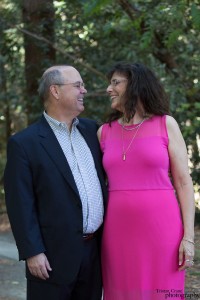 I am a member of the Expert Industry Association. (My dream came true!)

Although I often speak and write from a Jewish perspective, my work spans religious lines and is pertinent to people of all faiths and spiritual traditions.

I have been married since 1988 (That's a long time!), and I have two children of my own plus two step children.

I love to cycle, horseback ride, walk on the beach, and attend classes or seminars on personal development and metaphysics (or anything "woo woo").

And I live in a house surrounded by Redwood trees. My office has a view to the ocean through the trees and over the hills. 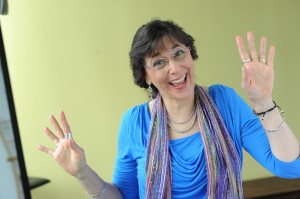 I do a lot of different things. I guess you could say I'm eclectic, but really all of the things I do fit together. And that's what this site, NinaAmir.com, shows you.

If I were to coach you on how to become a successful nonfiction author, I would have to teach you not just about how to produce a marketable book (one that will sell) but also about blogging (or how to use social media marketing). A blog provides the cornerstone of your platform and all social media marketing, and a platform is a necessary element for your success no matter how you decide to publish. (You don't have to blog a book, but I can show you many reasons to do so.) Your blog also serves as your website, the place where you build your business. The other thing that is necessary to succeed as an author-or in any endeavor-is the correct attitude. So I spend time working with my clients on personal development and high performance to help them keep their their attitude aligned with their goals, to overcome the obstacle created by limiting beliefs, self-doubt and negative thinking (among other things). This might even entail the use of some practical spiritual tools.

Now you can see how everything I do actually creates one comprehensive and unified package.

Okay, so the boy's dancing thing...well...It's about keeping them inspired to realize their dreams and goals. So, it's not that far afield. And it's my passion.

Here's the bottom line: In all I do, I focus on inspiring people to manifest what they want to create-whether that looks like written products or something entirely different.

And even though I might be farther along the path than you perceive yourself to be at this moment, I see myself as an "Everywoman," someone whose struggles and successes are similar to those most people experience, maybe even to the challenges you face right now. I write, speak, coach, and teach from a place of knowing that what has worked for me will at least provide you with a starting place from which to find what works best for you.

So, if you want to roll up your sleeves, get to work...and have some fun taking your ideas, or your dreams, and making them a reality, let's get started.

Bring me your ideas...or let's ideate together. We'll combine your passion and purpose and find a way for you to take inspired action today so you achieve the results you desire. Let me help you reach heightened and sustained levels of clarity, energy, courage, productivity, and influence so you live your life fully in all areas.

Wondering where you should start?

One great way to get involved with me is to subscribe to one or more of my blogs. You can do that by clicking on one of the links below.

Write Nonfiction NOW!
How to Blog a Book,
As the Spirit Moves Me
My Son Can Dance

And, if you are interested in becoming a nonfiction writer or author, join the Nonfiction Writers' University. It's a great first step to working with me. You can learn more and register here.

Of course, if you'd like to begin working directly with me, you can do so by clicking on your preferred type of service.

You'll find a variety of products related to each of my areas of interest and service either here on this site or on the blogs. If you don't find what you need, please feel free to contact me at nina@ninaamir.com. 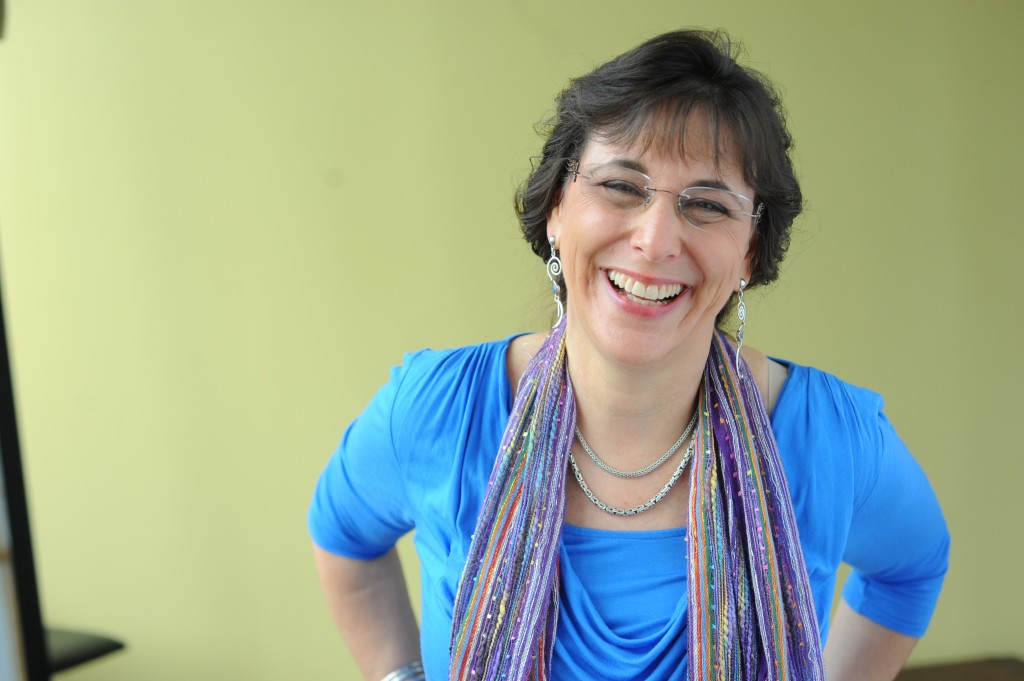 11 thoughts on “About Nina Amir”