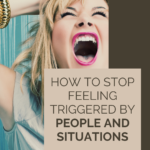 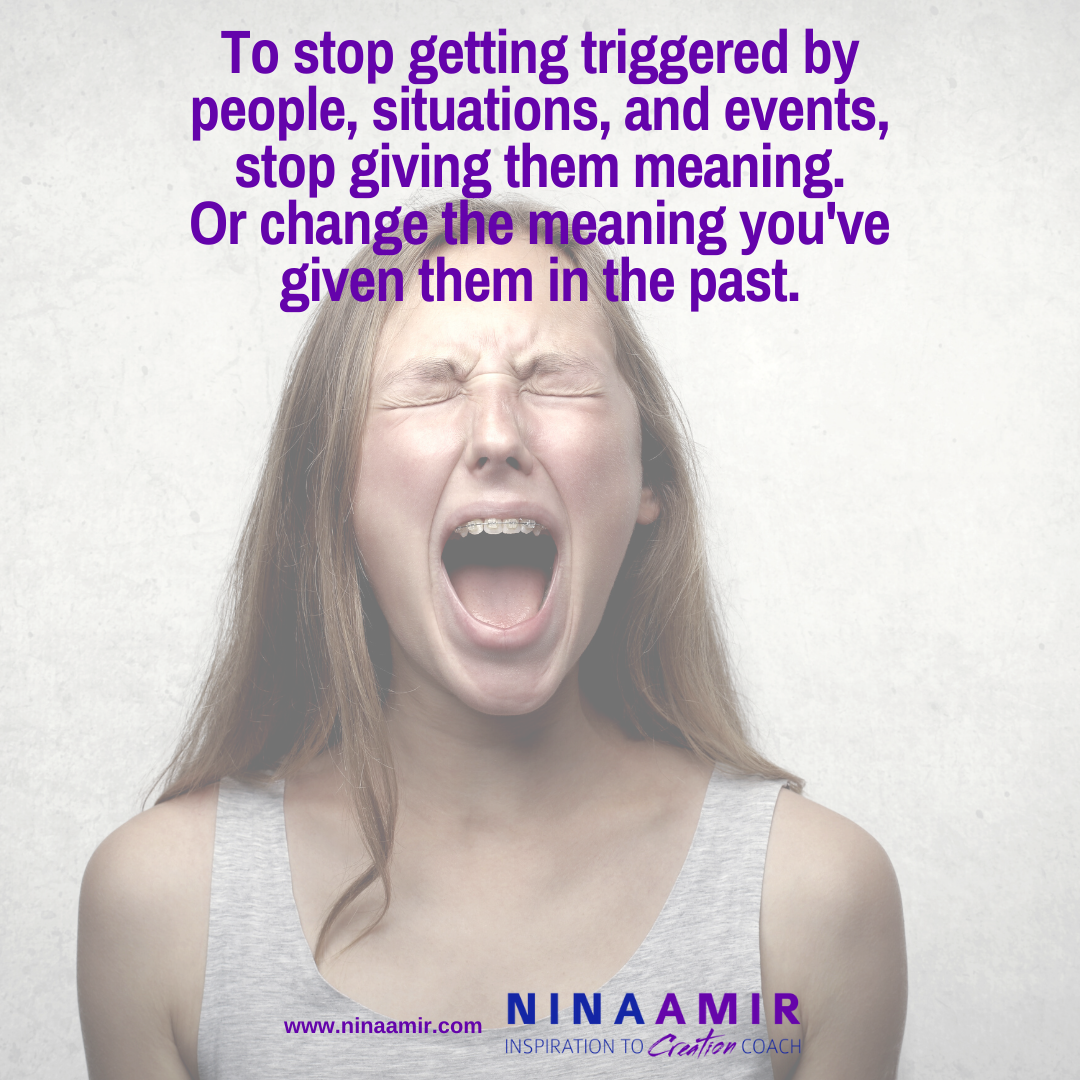 Humans are meaning-making machines. We give absolutely everything meaning, which causes us to become triggered by situations and people. Once triggered, we react in ways that don’t serve us, harm relationships, and negatively impact situations. However, you can eliminate your triggers by learning to consciously choose the meaning you assign to just about anything.

What’s a trigger? It’s something that causes you to have an extreme reaction of fear, upset, anger, or some other negative emotion. Typically, triggers are automatic reactions to events, situations, or people, not conscious and thought-out responses.

How to Know When You are Triggered

Imagine someone who suddenly starts screaming for no apparent reason. You might say, “Something obviously triggered that behavior.” Maybe you even judge the person’s reaction as irrational.

And, to some extent, it is since the behavior is not based on rational thought or response. In fact, the behavior is a reaction based on a past experience to which that person gave meaning.

How do you identify your triggers? Simple. Watch for extreme reactions in repetitive situations.

For example, when my husband raises his voice or gets agitated while talking, I think, “That tone and behavior mean he’s angry.” And sometimes he is, but other times he is not.

When I was seven, my father got angry and spanked me, and, not long after that, he died. At that young age, I decided this event meant that men leave when they get angry. Of course, that wasn’t true—he simply had a heart attack, but I gave that meaning to the event.

So, when my husband acts in a way that I consider “angry,” I get triggered. Subconsciously, I make his anger mean that he is angry at me. And I become afraid he will leave me. Maybe on some level, I am worried he will hit me.

Therefore, to defend myself, I get angry back (says she who is afraid of men’s anger). Or I withdraw and take myself out of the situation. Or I do both—get angry and leave.

Is my behavior rational? No.

Is it a reaction based on the meaning I gave a past event? Yes.

Triggers Result from the Meaning You Give Things

Obviously, triggers result from the meaning you give to events, people, and experiences. Each reaction arises out of that meaning.

So, how do you determine the meaning you give to things? It’s a natural and straightforward process. You don’t even think about it. It just happens.

When you experience something or someone, you interpret it. Your interpretation—the story you tell about that event—may or may not be based on fact; usually, it’s not. In either case, you lace it with meaning based on your interpretation.

The reason why is simple: You’ve layered the meaning you gave to the past event onto the new one.

For example, you might have had three teeth pulled when you were young, and you interpreted that event as negative. After all, it hurt! So now, when you have a dentist appointment, you immediately feel apprehensive, irritable, and angry—even though you are seeing a different dentist and are not getting teeth pulled. You might even speak in an angry or irritated manner when you talk to the dentist or hygienist.

You Choose the Meaning

Also, most of us believe the meaning we have given something is the only possible meaning. Yet, it’s not…far from it. Actually, someone else might give it a totally different meaning, and yet another person might interpret it in another way.

You can create numerous new interpretations for any event and, as a result, assign it or the people involved new meaning. That means you can choose the meaning you give everything and choose one that makes you feel happy.

Nothing Has Any Meaning Except the Meaning You Give It

How is that possible? Because events and people have no meaning on their own. In fact, nothing has any meaning except the meaning you give it.

This is not a new concept. I learned it about 30 years ago when I read A Course in Miracles by Helen Schucman. The book was first published in 1976, but I’m sure you could find this concept in earlier mystical texts.

Lesson 1 in A Course in Miracles, shares with readers the following idea: Nothing I see has any meaning. Readers are instructed to look around their surroundings and let their eyes fall on anything. Then they are to think or say, “Nothing I see in this room (on this street, from this window, in this place) means anything.”

The point is that nothing has any inherent meaning on its own. You assign it meaning.

Simply stated, everything you see or experience is a blank slate. You project onto that tabula rasa all the meaning it has for you.

How to Stop Getting Triggered

Let’s apply this concept to triggers. If you have given people, events, or situations all the meaning they have, you also can change the meaning you’ve assigned. Or you can give them no meaning at all.

When you find yourself feeling triggered, remind yourself, “Nothing has any meaning except the meaning I give it.” You’ll realize you are giving whatever is triggering you meaning when you do so. Un-trigger yourself by saying, “I am giving this meaning. But I can choose to give it new meaning…or meaning of my choice…or no meaning at all.”

In many situations, I prefer no meaning at all. This is what I choose when triggered by my husband. For instance, when I interpret that he is angry and begin to feel my habitual reaction beginning, I tell myself, “I choose not to give his tone of voice or behavior any meaning at all.”

And from this place of neutrality, I do not react to him at all. However, also from the position of neutrality, I can choose how I want to respond. I can think, “I know he is stressed right now. So I choose to believe that what I believe is anger is really just his way of expressing his stress.”

And that’s another way to stop getting triggered: reinterpreting whatever you experience. Give it new meaning. Tell a new story about it. In fact, try coming up with seven new interpretations, and then choose the one you like the best. Then, assign that new meaning to the experience, situation, or person.

When you realize that you give everything meaning—and you can choose a new meaning at any time—you’ll be less likely to get triggered. In fact, life becomes an enjoyable game of assigning meanings that make you feel good, enhance your relationships, and improve just about any situation you find yourself in.

What meaning have you given something that now results in getting triggered? Tell me in a comment below, and please share this post with a friend.

Feeling like you're not where you want to be in life?

Get the coaching and guidance you need to become unstuck, and make progress towards the goals you really desire.