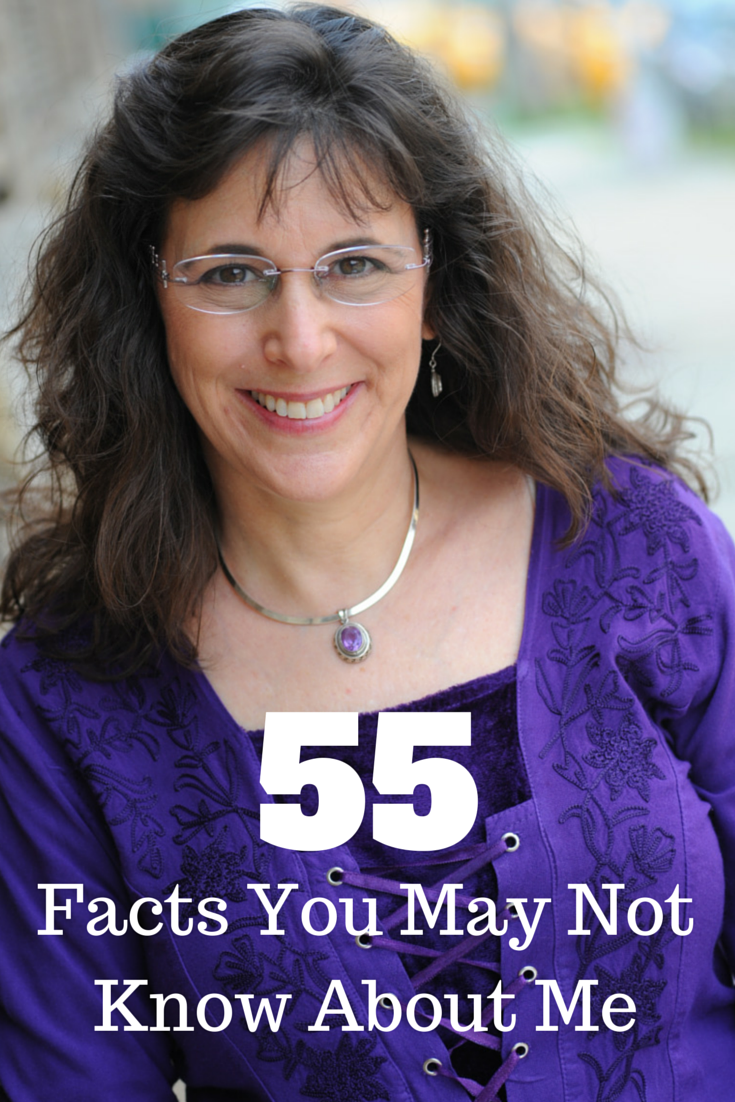 I celebrated my 55th birthday almost a week ago on April 5th. The day before, I had a conversation with two friends who had both been working on their “stories”—crafting personal messages related to major turning  points or experiences in their lives. Last week I also read a blog post written by my colleague Shelley Hitz, who, in commemoration of her birthday, published a list of facts people might not know about her. These events inspired me to make my own list of 55 facts you may not know about me.

Why write such a post? Because you might find some of these facts interesting. Or they might give you  insight into who I am as a person and what types of events molded my values, interests and character. You might also discover why I chose my particular work path—decided to write the books I’ve written or to create the programs I offer. And this knowledge might influence your decision to work with me in some other way or to subscribe to my blog(s).

Possibly, you’ll simply find this list fun and insightful. I know it proved to be both for me.

I wrote it to explore my own personal narrative—the events that have molded me and the things that make me unique. I plan to expand on some of these facts in a variety of ways, some of which include blog posts.

This was fun and enlightening for me to write. Every time I edited it, I remembered something else to add! I plan to expand on some of the facts as I work on my own narrative, or stories.

I hope you enjoyed reading this post and discovered something new and interesting about me in the process. (You can read a similar post that shares 55 facts about my writing career here.) Tell me in a comment below what you learned or found most interesting.

6 thoughts on “55 Facts You May Not Know About Me”