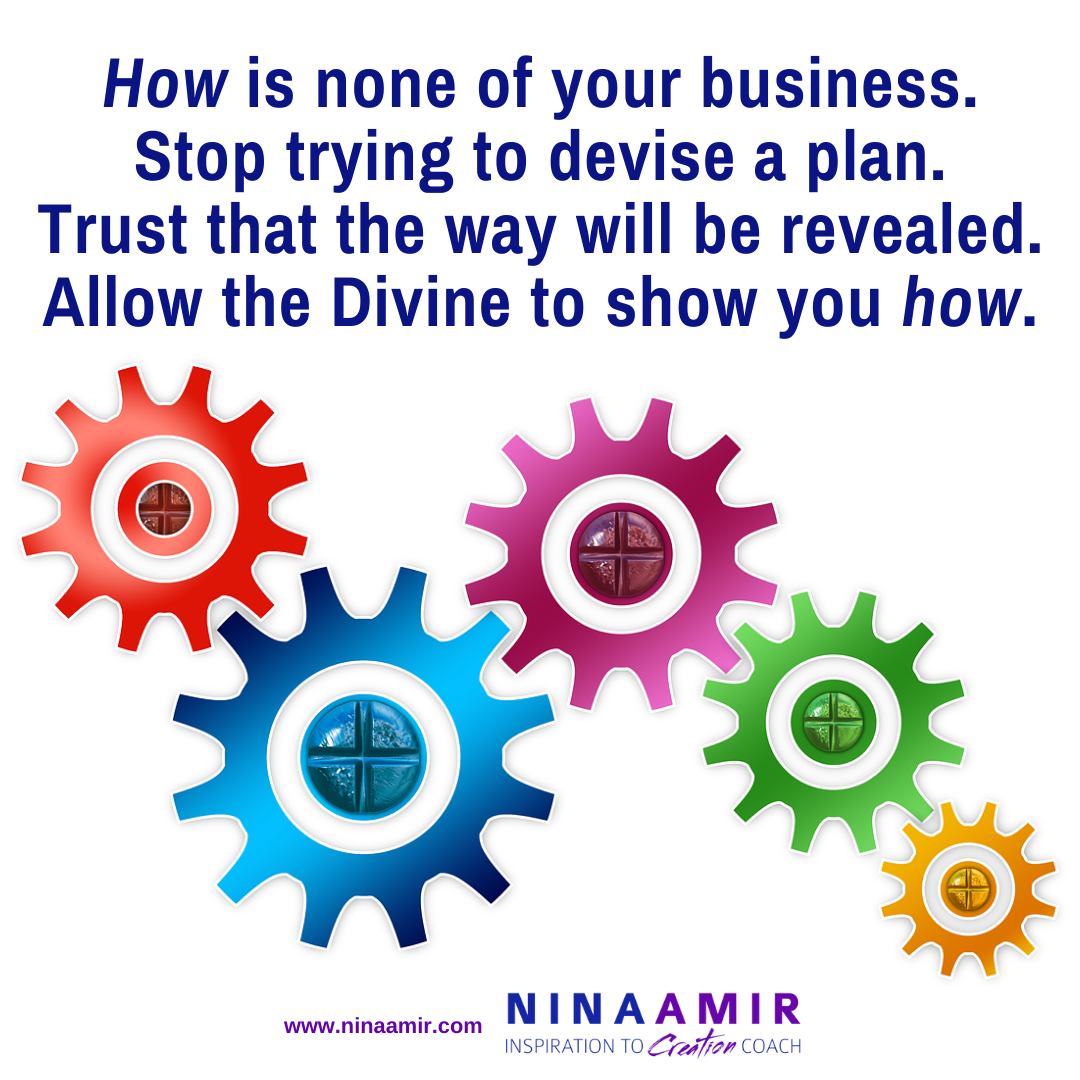 It’s human nature to worry about and plan for how something will happen. In effect, you are trying to control the process so you get a desired outcome.

You want a specific result and the plan that will help you achieve that result. And you believe you are the only one who can figure out how to make that happen.

I Want to Know How!

I get it! I have been a control freak. I have not “trusted the process” and allowed the plan to “unfold before me.” I want to know how—and to control the how!

As a fixer and problem solver, I have been known to spend hours looking for how. The how might involve bringing my son’s dog with him on an airplane from Germany to the US and back again, increasing followers on my social media sites, making more money, repairing relationships, forgiving someone, receiving spiritual guidance, getting my next book published, or healing thyroid issues—just to name a few.

Like a dog with a bone, I do not let go until I have discovered how to get the result I desire. Then, I will follow that plan, but I don’t always get the outcome I want.

And I sometimes wonder, What if I stopped trying so hard to come up with the plan and allowed it to be shown to me? What if I trusted that the plan would be revealed?

Figuring out the how is none of your business. It’s not your job.

You Can’t Know the How

Here’s the thing… In very few situations can we really know the how. Nor can we have certainty that the plan we devise will actually get us the desired outcome.

Oh, yes… You know how to fix the problem when your computer freezes up. Push the power button and shut it down. That fixes about 90% of those problems.

And when you want to go live on social media, you can research the steps and put them to use. As a result, you will produce a live video.

The rest of the time—in most situations—you won’t find the how no matter how hard you try. In fact, how is none of your business.

What if I stopped trying so hard to come up with the plan and allowed it to be shown to me? What if I trusted that the plan would be revealed? Indeed. What if?

Leave How to the Divine Creator

How is a job best left to the Universe, Divine, Creator, Source, or whatever you call God. And if you ask the Divine to handle the how, you’ll be amazed at the unfolding of that plan.

But you have to give up control. It’s like a young child holding a broken toy and asking for a parent to fix it… Unless he lets go, the parent can’t help.

As the saying goes, it’s your job to let go and let God. That doesn’t mean you have to do nothing. Just stop constantly struggling to find the plan. And don’t be attached to it getting done your way. It is not the only way…or likely even the way that eventually will present itself and get you where you want to go.

In very few situations can we really know the how. Nor can we have certainty that the plan we devise will actually get us the desired outcome.

How May Look Different

Indeed, more often than not, how looks very different than the plan you devise. This reminds me of the story about a man who climbs onto the roof of his house during a flood. He prays to God to save him. That’s his plan—his how.

A man in a rowboat comes by and shouts to the man on the roof, “Jump in, I can save you.”

The stranded man shouts back, “No, it’s okay. I’m praying to God, and he is going to save me.”

So the guy in the rowboat moves on.

A little later, a motorboat comes by. The fellow in the motorboat shouts, “Jump in! I can save you.”

To this, the stranded man says, “No thanks. I’m praying to God, and he is going to save me. I have faith.”

So the fellow in the motorboat leaves.

Then a helicopter flies overhead, and the pilot shouts down, “Grab this rope, and I will lift you to safety.”

To this, the stranded man again replies, “No thanks, I’m praying to God, and he is going to save me. I have faith.”

So the helicopter pilot reluctantly flies away.

Eventually, the water rises above the rooftop, and the man drowns. In Heaven, he discusses his death with God. “I had faith in you, but you didn’t save me. I don’t understand why!” he exclaims.

God replies, “I sent you a rowboat, a motorboat, and a helicopter. What more did you expect?”

The Divine works in mysterious—and sometimes not-so-mysterious ways. You must be willing to see the how when it appears, even if it looks different than you imagined.

In most situations you won’t find the how no matter how hard you try. In fact, how is none of your business.

Four-Step Plan for Discovering How

First, drop all your old ways of discovering how. Let them go, at least for now. Second, follow these four steps. (Yes…a plan…a how!)

What information do you want or think you need to get from Point A to Point B—whether that is more significant income, better health, a new job, or finding your soulmate? Set the intention that you will be given that information or shown how to create that.

Instead of doing anything initially, allow the Divine to work on how for you. Open yourself to receiving the answer or help you seek, but just turn the how over. For now, don’t do anything other than open to the possibility that the plan will be revealed!

Trust that the Divine Creator will show you the path.

I know it can feel challenging to allow and trust that something other than you can provide the answer you seek. The more you try to figure it out, though, the more you resist letting the plan appear.

Just be… don’t do—at least for a little while. Trust that the plan will be revealed to you. Allow the Divine to give you a reason to trust.

Eventually, you’ll be presented with an opportunity, be given the answer, have a dream about what to do next, get an intuitive hit, or feel inspired to take a specific action. When that happens, go for it! That’s when you take inspired action.

Take a few minutes to breathe through the fear. Get quiet. Visualize yourself doing what you feel guided to do. If it feels good—even if scary—you have received your how.

The Divine works in mysterious—and sometimes not-so-mysterious ways. You must be willing to see the how when it appears, even if it looks different than you imagined.

Remember: Figuring out the how is none of your business. It’s not your job.

Accept the how that presents itself. Don’t be like the man who dies in the flood because he is sure the path to his salvation looks different than what shows up in his reality.

Stop controlling. Stop thinking it has to look a certain way. Stop figuring it out. Stop overthinking.

Follow the path provided. Take inspired action, and see where it leads you.

Have you ever allowed the Divine to show you how? Tell me in a comment below. And please share this post with someone who will find it helpful. 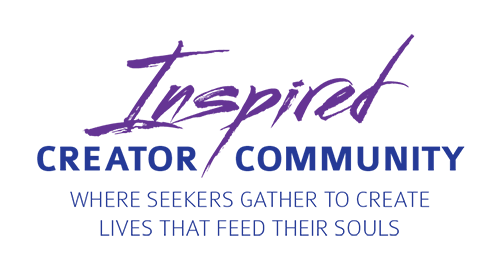 Ready to make some progress on your transformational journey? Join the Inspired Creator Community. As a member, you will discover how to change from the inside out. Finally, be the person who does the things that allow you to create what you desire. Gain access to a world-class Certified High Performance Coaching program, a proprietary Inspired Results Coaching program, Author Coaching, and strategies for living a life that feeds your soul. As you will discover, you are a powerful creator. It’s time to create what you want, is it not?